Tallest residential building will be ‘game-changer’ for Preston city living

The team behind plans for a luxury high-rise residential development in Preston believe it will meet growing demand for a new style of living in the city.

The £26m Lofthaus development would be the city’s tallest residential building at 21 stories and its second tallest structure overall behind the Church of St Walburge.

Fresh proposals for the 299-apartment development, planned for Great Shaw Street, are due to be considered at Preston City Council’s planning committee on Thursday July 11.

Preston-based property developer Shoyab Musa is behind plans for the scheme which has been designed by local architecture practice David Cox Architects. Local planning consultancy PWA Planning has also advised on the development which addresses the emerging need for ‘co-living’ space in the city.

Shoyab Musa said: “This development is aimed at professionals, students and modern renters who prefer to live in a fully-managed building and want a hassle-free renting experience.”

“It’s the kind of development that’s been around in the Far East and the big cosmopolitan cities for years and has now taken off in the UK due to the way millennials are choosing to live. It’s about living with like-minded people and being part of a community.

“It’s a very modern, high-end product. There’s going to be features like a 24-hour concierge, cinema room, a roof garden, and a ‘mega-kitchen’ where residents can socialise and cook together.”

Other facilities provided within the development include a gym, study zones, communal lounges, laundry rooms, bike store and superfast broadband.

Daniel Hughes, associate at PWA Planning, said: “This proposed development coincides with the wider regeneration of the city’s university quarter with UCLan’s £200m masterplan now taking shape and revitalising this part of the city.

“It’s a purpose-built, flexible building that’s tailored to the way younger people now live their lives, so it has the potential to be a game-changer for Preston. Not only that, it will provide a new statement building for Preston, complementing and enhancing the city’s tall building cluster.”

David Cox, founder of David Cox Architects, said: “Our brief was to produce a residential development to address an emerging need for co-living in Preston.

“While many of the flats will be suitable for conventional owner occupiers, it’s also aimed at people who might work in the city and commute home to other cities at weekends, as well as key workers and people on temporary contracts or short-term assignments. Students at UCLan are also likely to be occupiers.

“The idea is to provide space which is flexible enough to respond to changing and developing needs suggested by the people who use the building. It will create a new feature on the skyline of Preston and we have taken great care with the design to ensure the profile of the city is enhanced.”

The scheme is proposed on the site of the Foresters Hall which currently provides 27 student rooms, but which have become outdated and inefficient.

The proposals were originally submitted in January 2018 and have been revised following detailed consultations with Preston City Council, including two design review panels.

Shoyab Musa is also the co-founder and managing director of Kingswood Sales and Lettings, the Preston-based estate agency and property management company. 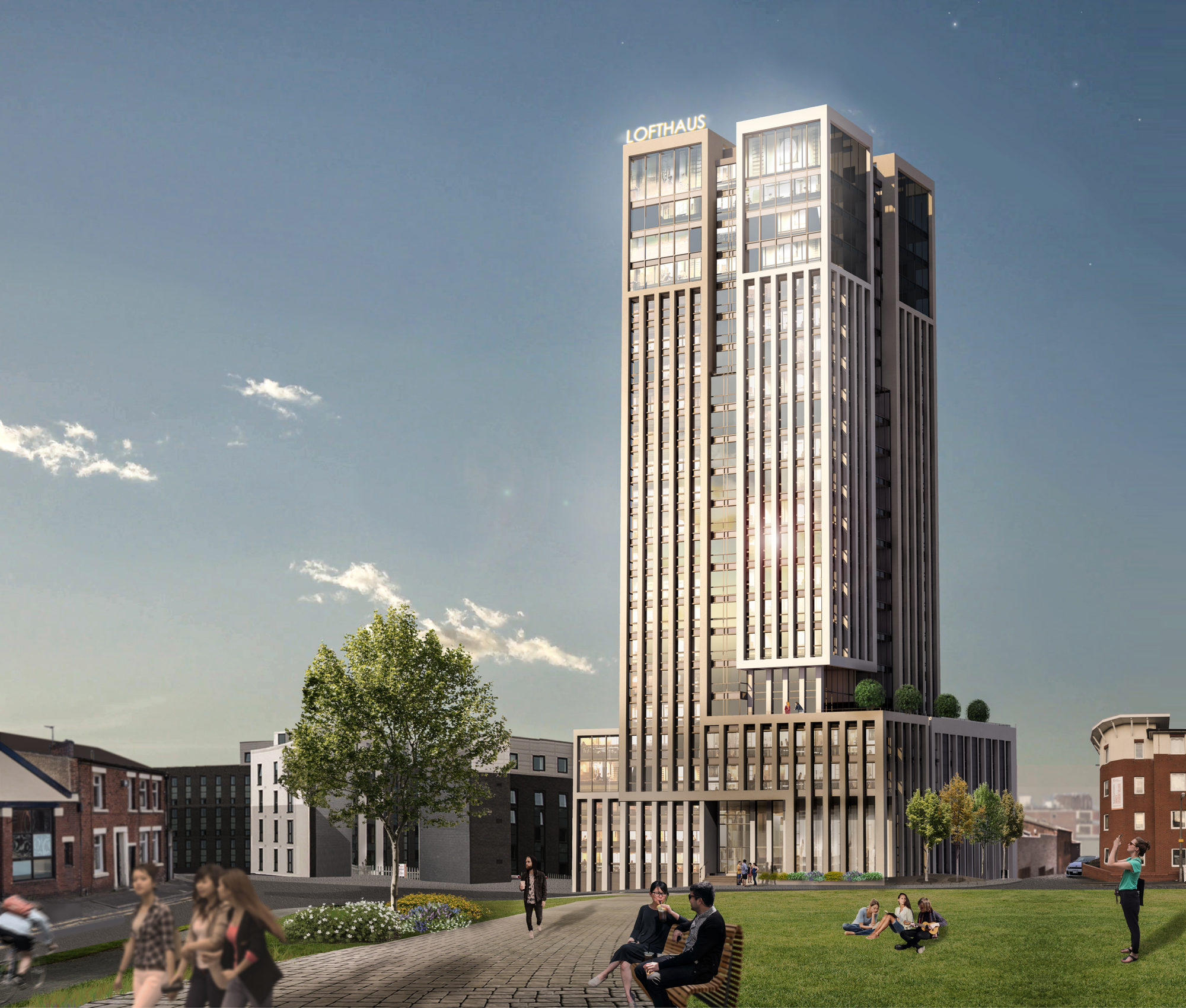