Planning has been given the green light for new student accommodation scheme ‘THE URBAN HUB’, designed by David Cox Architects

Preston based, David Cox Architects, has designed a student accommodation block which will provide 425 self-contained studios over six storeys within the City. The high-quality development, named The Urban Hub, is situated on Moor Lane at the corner of Ashmoor Street and incorporates a gym, prayer room, library, roof terraces and retail units.

Designed on behalf of developers Pillars (www.pillarsholdings.com), the scheme was applauded for its architectural merit by the Council during the planning process, reporting that “the scale and design of the development would be striking and visually prominent but has been sensitively designed to integrate into the urban street scene and would positively contribute to the character and appearance of the area.”

As student residents will be arriving from all over the UK and around the world to study within Preston the building was designed to reflect something of the local cultural heritage and the beauty to be found in the landscape of the north of England.

David Cox, from David Cox Architects stated, “The design for the outside spaces references a project undertaken by a group of post-graduate UCLan students, led by Prestonian and Professor in Graphic Design Ben Casey, who explored the idea that local history can inform the design of the public realm and proposed a ‘walking museum’ through Preston city centre with exhibits displaying its cultural connections. The colourful palette for the internal courtyard elevations was inspired by David Hockney’s vision of the English landscape and in particular his work ‘Woldgate Woods’.”

This is one of a number of student accommodation schemes designed by David Cox Architects across the North and Midlands, others include The Tramshed and Canterbury Hall in Preston, also The Foundry II and Stoke Irish Club in Loughborough and Stoke respectively. 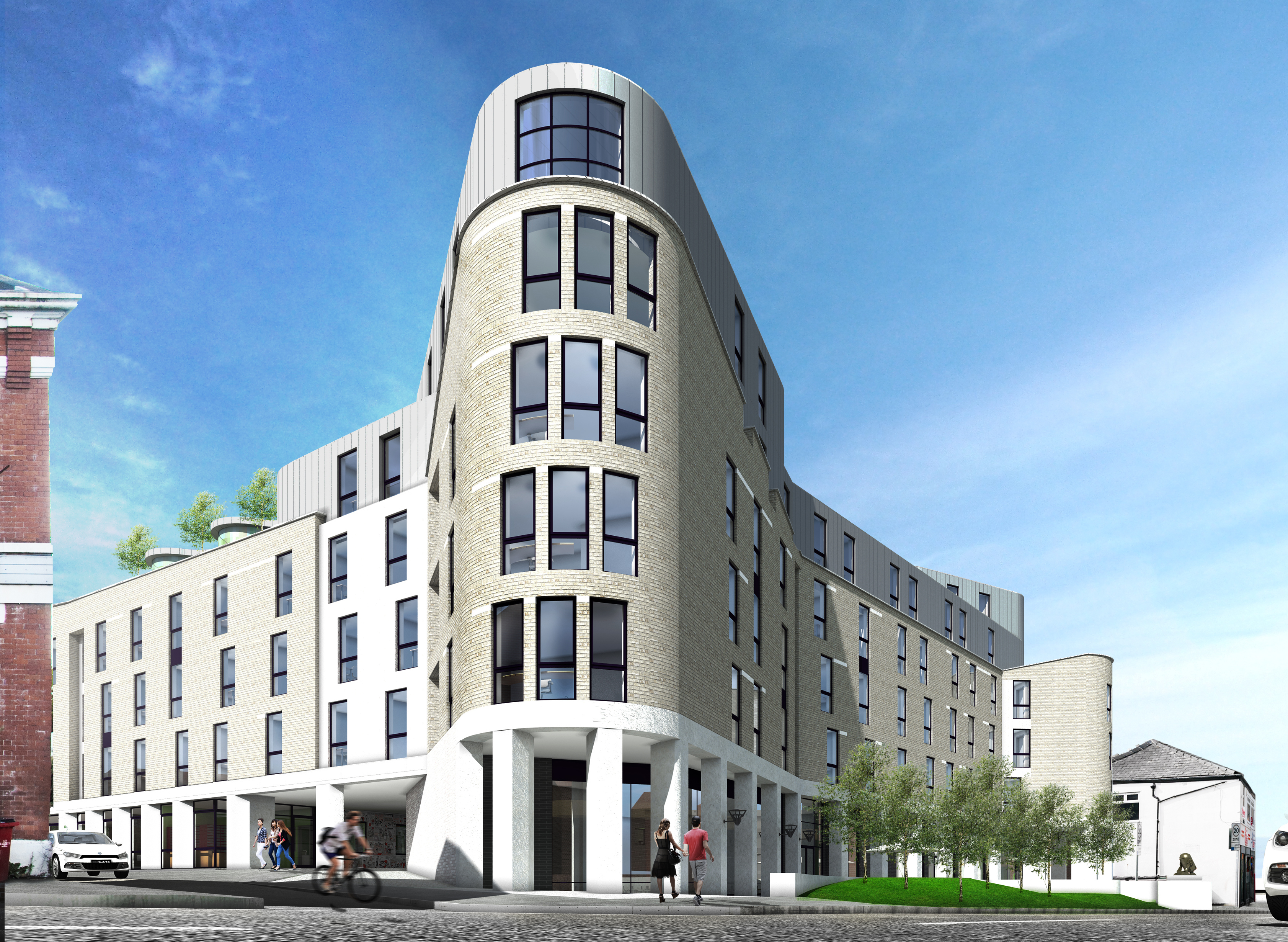 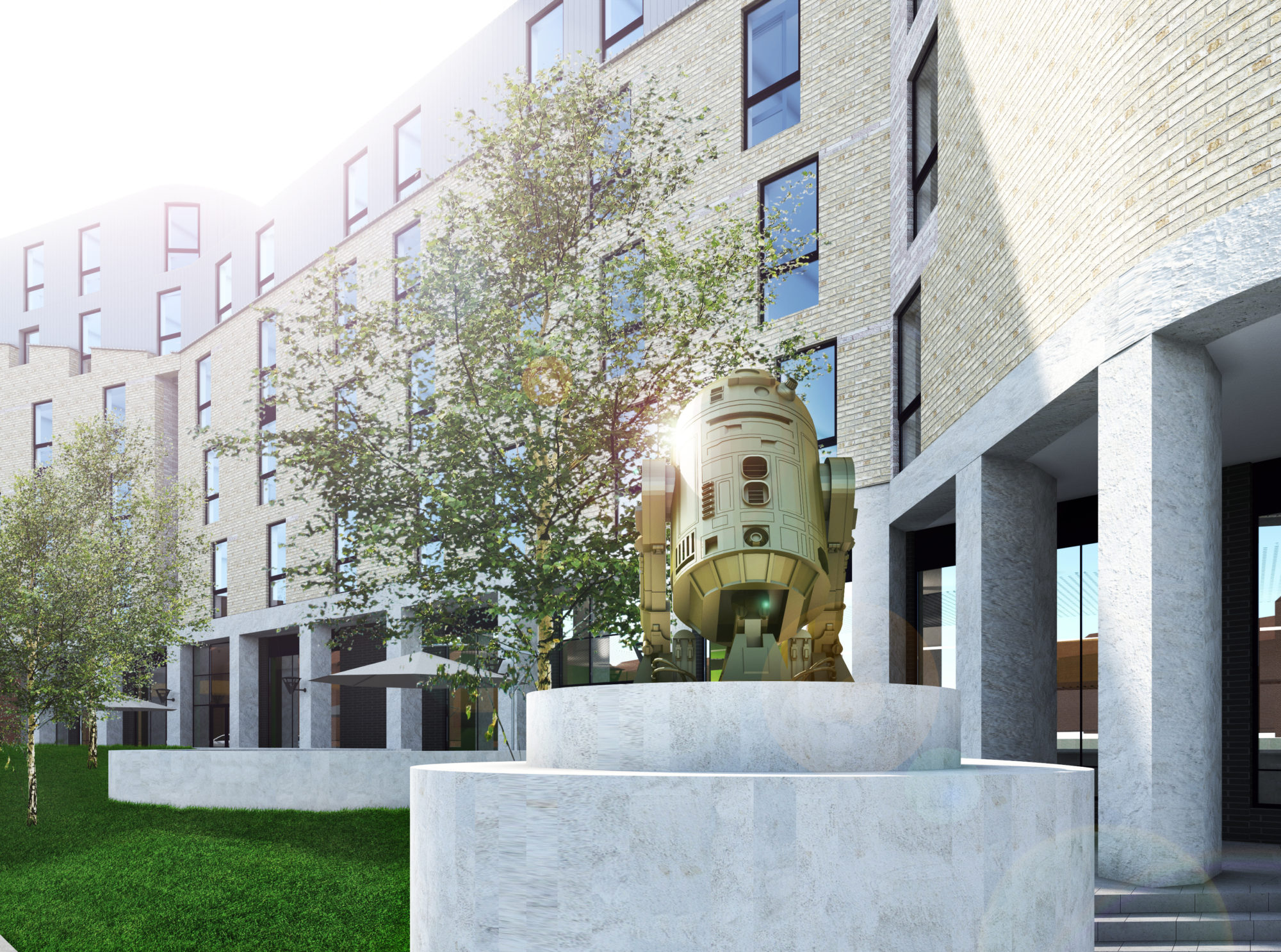 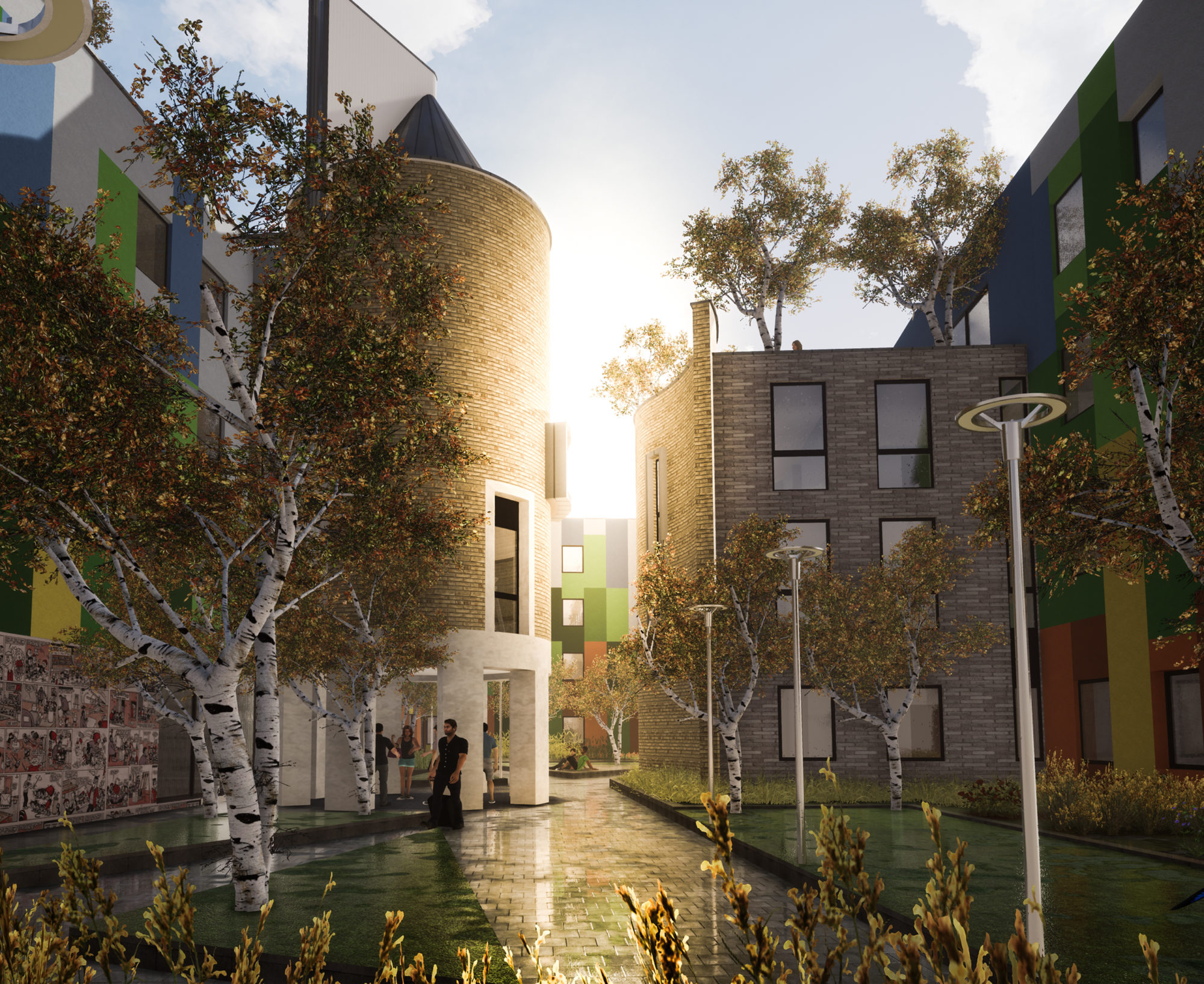